Hand sewing was not a choice but rather the norm in years long past. All home furnishings, clothing, and sacks used for agriculture or other storage purposes were all hand sewn. From that point to now, the road to the creation of the sewing machine has been a key thread in the fabric of our history and our society. The story of the inventors and their various contributions that culminated in the machine we recognize today as the sewing machine is complex. Today’s sewing machine is the physical manifestation of a dream, where sewing was made easier and the time spent creating was cut down significantly.

An interesting fact about the creation of the sewing machine is that the inventor to first apply for a patent is thought to have never actually built a working sewing machine. In 1791, a British inventor by the name of Thomas Saint applied for the patent. However, there is no evidence he actually created a machine. Meanwhile, the first known working sewing machine was created in 1814 in Austria by an inventor named Josef Madersperger. However, his work did not result in anything that worked long-term.

French inventor Barthelemy Thimonnier was the next to try his hand at the creation of a sewing machine. In 1830, he successfully patented a machine that was able to sew straight seams. This machine used a chain stitch. By 1841, he built a factory to create these machines. However, the French Tailors in the area were allegedly threatened by the machines and felt they would lose their jobs. As a result, they burned down the factory and sabotaged his efforts. Thimonnier moved to England and is thought to be the first person to sell working machines. He also was in charge of a garment factory during his lifetime.

Meanwhile, in the US, American Walter Hunt was creating a sewing machine that could complete a lockstitch. He managed this in 1833. The machine introduced the use of two spools of thread and a needle with an eye, similar to that used today. However, there were still flaws in the design. This machine required resetting too often to truly be useful. Another American, John Greenough, was working on the design of a sewing machine and created a machine that managed to pass the needle through the material. However, society was significantly uninterested in the idea, and it failed to garner enough interest to be sold. 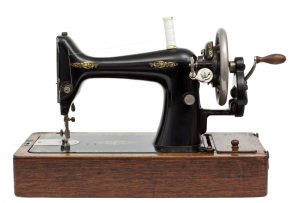 In 1845, a different and improved version of the machine created by Walter Hunt was introduced by Elias Howe. This machine was the most viable at that point in history. However, Howe struggled to find investors to fund his project. A trip to England to garner backing proved unsuccessful. Upon return to the US, Howe found that several people were making similar machines and infringing on his patent with their creations.

An engineer named Isaac Merritt Singer took the concept of the rotary sewing machine and redesigned it to include a flying shuttle. A presser foot to hold the cloth in place and a needle mounted vertically were also notable changes introduced by Singer, as well as a fixed arm holding the needle and the introduction of a tensioning system at a very basic level.

Singer procured an American patent for his design in 1851. He also created a treadle (foot pedal) for use with his machines. Meanwhile, Howe took the legal route and pursued compensation from Singer and other individuals at the time. He was successful. 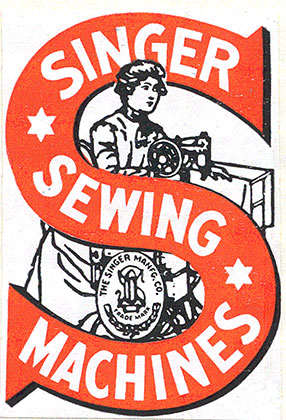 Interestingly enough, the sales of Singer sewing machines were successful more for the sales techniques used than for the machines themselves. A lawyer named Edward Clark partnered with Singer to create a payment scheme that is considered the first hire-payment or leasing agreement. This effort was intended to help more people afford the machines.

Also in the 1850’s, Allen B. Wilson and Nathaniel Wheeler created a quieter machine that ran smoother under the name of the Wheeler and Wilson Company.

At this point, a number of partnerships were created to work on and market sewing machines. They also ended in more than a few disagreements and legal issues, like patent infringement and threatened lawsuits. This period was known as “The Sewing Machine War,” since inventors at the time were intent on protecting intellectual property. As a result, Singer joined with Howe, Wheeler, Wilson, Grove and Baker to create the Sewing Machine Combination in 1856. This ensured that these inventors would need to be paid if others were intent on marketing their own versions of the sewing machine.

In 1885, Singer applied for and received a new patent – this one for the Singer Vibrating Shuttle sewing machine. This machine used the Allen B Wilson vibrating shuttle and had greater precision in lockstitching. It also replaced oscillating shuttles. This type of shuttle stayed in use until the introduction of rotary shuttles.

In 1889, Singer Sewing Company developed electric sewing machines. The early models had an electric motor stuck to the side of older models that were not electric. Over time, that motor was moved inside, and the modern version of the machine was born. 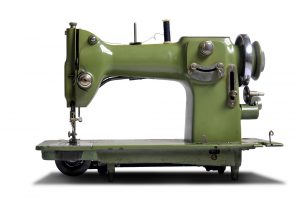 In 1946, Toyota introduced their first electric sewing machine. Fast forward to the 1980’s, when computer-controlled machines hit the market, increasing the function capabilities to the point where sewing machines could be used in various industries that included clothing, industrial and shoemaking manufacturing. With the introduction of computer-controlled machines, embroidery machines could forgo the use of cards and expand the capabilities, allowing any design to be put on fabric. 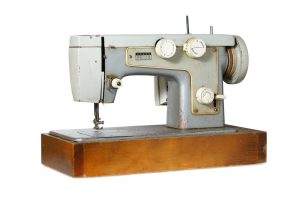 The sewing machine made a significant difference in the way we have all lived our lives. The machine changed the economy and influenced industrialization. Meanwhile, women were freed to pursue other interests and no longer kept home by the need to sew clothes and linens for the household. The ability to create with wider variety and limitless options has greatly improved interior design and fashion, all thanks in great part to the invention of the sewing machine. 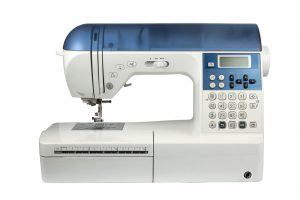 If you like learning about sewing machines, be sure to check out this article entitled, The Irresistible Allure or Vintage Sewing Machines.

Advice You Can Trust

We're committed to providing you unbiased and comprehensive advice on your next sewing machine purchase.